A value that increases over time

It was already in 1864 when the industrialist from Dubí Anton Tschinkel bought a large building called Lower Forest Mill in present Tovární street in Dubí near Teplice and rebuilt it into a Majolica manufacture. In 1885, the firm O. C. Teuchert from the near Meissen purchased the factory from him and started there production of porcelain in Rococo style with so called “onion” pattern. Its production achieved an extraordinary success and interest of customers which can be seen from the number of parts of the set; in 1929, when the factory was owned by Artur Bloch, it included 257 shapes and until 1956, it was marked with designation MEISSEN in an oval frame. 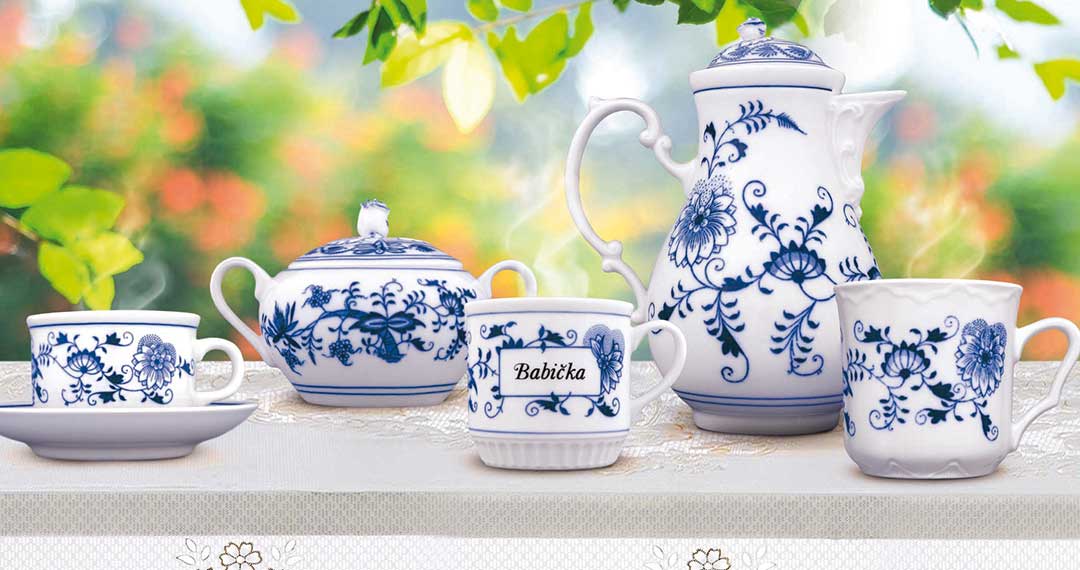 This type of decoration is based on depicturing and linking of simplified vegetal motifs on the background of Eastern Asian philosophy, however adjusted to the European style and approach. This was the concept of its inventor in 1729 Johan David Kretschmar who was one of the group of designers in the first European porcelain factory in Meissen.